Recently, I was looking for a cause to support and assist this year. I’m semi-retired and always looking for some good cause, adventure and challenge. I have done some things around the globe as a civilian unsupported and feel comfortable taking the plunge. I’ve ended up in my share of shit sandwiches but that’s part of the game.

A friend of mine was a senior fellow with a University and has been a couple times to Israel on study programs and guest speaker. I have wondered what it would be like to serve in the Israeli military and never had a chance to work with them. I found a program that allows you to travel to Israel, embed with an Israeli military unit as a support POG non-combatant, live and work on a military installation fully supported. In my world anyone who will help and real support are greatly appreciated.

The name of the group is: ”Volunteers for Israel”, ”Sar-El” 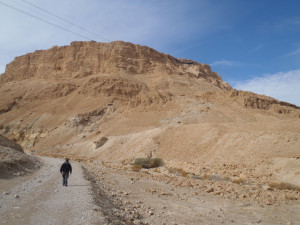 Here’s what you have to do:

1. Fill out a application,

4. Do a face to face interview with a sponsor and consultant.

5. Choose a date and series of dates to go. Two weeks is the minimum period of time, I choose a three week tour. Some people go over for months at a time. Which I will probably do at a later time.

6. Pay for your plane fare

The process takes about 2 months to complete.

What they will supply you:

1. A Israel military ID for clearance into areas

2. All on a military base lodging

5. A couple of short tours

6. Lodging for days off (soldiers hostel)

I arrived in Israel 2 days before the designated start time and cruised a little through the country a little on my own.

Did some beer drinking, went over to the embassy met with the Marines on post #1, got a Marine detachment shirt, did some scuba diving, swimming and hung out. I also have some old friends on the ground that met with me. I then had to go back to the airport and drop the rental car and the group picked me up. My buddy met me at the airport hence he arrived the same day as we started (as per strict instructions) .

You get picked up and transported by bus to your assigned base by tour coach, pretty sweet as well. Not like a chicken bus in central America or Vietnam. They picked us up at noon or so and off we went. We arrived at our base after dropping of numerous others along the way at other bases. We checked in got issued our Israel uniforms and then off to our barracks.

Four man rooms on the installation with chow hall near by. Our base was near Gaza and was one of the main bases involved in the last build up along the border.

We ended up cleaning weapons, (hundreds of weapons), cleaning some tanks, preparing trucks and generally assigned in support functions. Some folks packed medical kits and other such things on other bases.

They have cultural classes, language classes and basic indoctrination combined with history courses that you attend during the week at night. They further take you out once to see a historical location on a field trip of sorts. Good hearts and minds stuff.

Workweek starts on Sunday afternoon and lasts until Thursday at around noon. Then on the bus and into Tel-Aviv and you can stay in the Soldiers hostel with food for free as provided.

We ended up touring all over the country had some great times and saw just about everything on our own. It was an amazing experience and well worth the time. The people were friendly beyond belief and Americans are accepted and in fact held in high esteem. We drove from one end to the other laterally and saw everything in between. BTW, the women are drop dead beautiful, food is good and the beer is excellent!

We went into the West Bank and several areas that were well not recommended. Stayed low profile and moved with the mob kind of thing. Great trip and we are already planning our next follow up.

This site uses Akismet to reduce spam. Learn how your comment data is processed.